To paint the content of the Dreadfleet box, you’ll need a good pirates/sailors songs playlist. I mostly listened to that one, you can try it while reading.

Dreadfleet was released by Games Workshop in the last months of 2011 if I am not mistaken, when the World that was…still was! It is a game about good hearted pirates seeking revenge on acursed uncharted magical seas.

I got it from my parents for Christmas 2011, it was the first time since I reached adulthood I asked my parents for a game at Christmas, but they were easy to convince, as they always have been (I may ask for Necromunda this year, but that is another story…). I was thrilled because I had fallen back into 40K with friends of mine but we never had time to play and I thought Dreadfleet (which is a « stand alone ») would allow me to play more (no need for my friends to collect or paint armies,…).

As I am an ambitious hobbyist (and a bit of a stillmaniac), I made a pledge (before the Old Gods and the New): I swore not to play the game before all that was in the box was assembled and painted.

Dreadfleet was good value to money (hooby wise): the ships, monsters, landscapes and game accessories are all beautifully detailled and there are a LOT of toys in that box. Once finished they look damn good on the table…but they take forever to paint (especialy for someone like me who is both slow and often gets side tracked).

I started to paint a couple of ships right away, and promised myself (and my friends) we would have our first game by the end of June 2012.

Of course, the Gods, with their weird sense of humour, punished me for such boasting. The game is cursed with the « this paintjob is awfull, I should never paint again » spell, as I soon came to realise.

I painted about 30% of what you find in that treasure chest then…got side tracked by numerous projects (you can see some of them here and there) and left the ships in the wharf. They stayed there…longer than expected.

I got back on track in 2015, thanks to my wife who helped me find my motivation back. She understood that I had stopped because I was disappointed with my work on one of the ship (the elven ship), so she helped me get back on the seahorse and I did. I was quite productive and painted almost everything except the two flagships.

One more year…then I got the courage to reopen the workshop and got to it.

The Bloody Reaver WIP (before the accident)

The Heldenhammer ready to face the waves

It was 2016, I had the game for 5 years and never really played it. It was time to complete these ships!

But when assembling the Vampire Count’s ship the gods cursed me one more time. Something went horribly wrong, I broke something, ruined (in my opinion) part of my paintjob while triing to repair it and…that was it. Disgusted with the whole thing I stopped working on the project altogether.

I got the courage to get back to work earlier this year, remembering one of the fundamental truth of our trade: all can be repaired. So I did repair what had been broken.

That was it, the game was fully painted. I thought it deserved a post here. So here are the results of 6 years of efforts. Hope you like what you see!

Heldenhammer, flagship of the good guys

The Elves brought dragons to the party 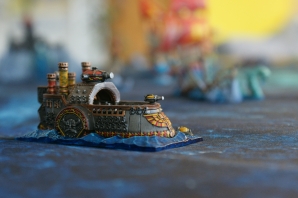 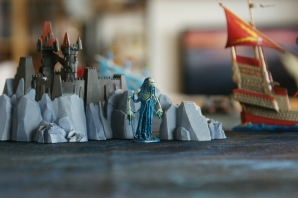 One of the sea monster of the game 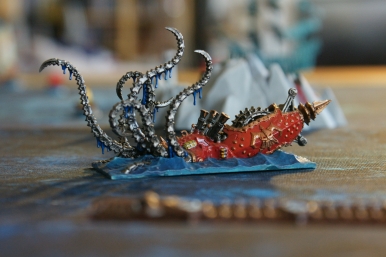 The Black Kraken (chaos dwarf submarine), painted red as you can see 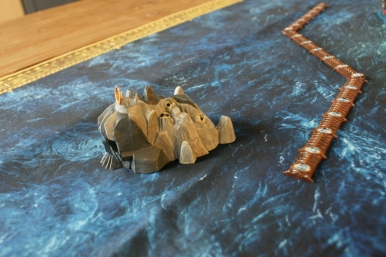 In the box you’ll also find many isles and wreckage

The Wraithship, one (if not the) most beautiful ship of the box 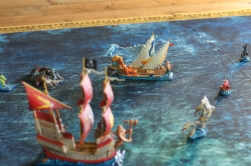 The Flaming Scimitar in the back 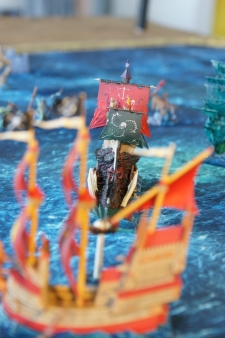 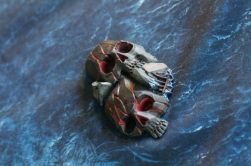 I had much fun painting thos magical islands 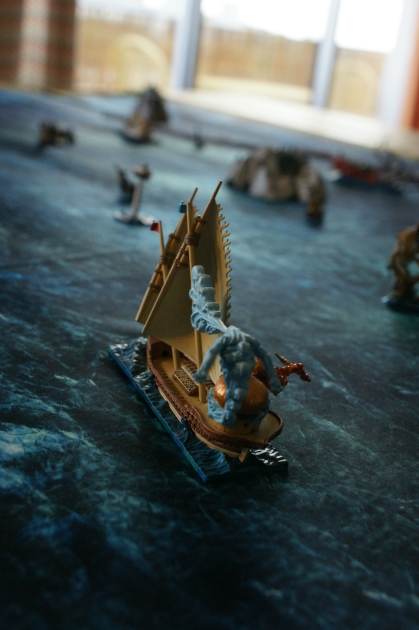 The Turtle Island, my favourite

To get faster, just blow on it 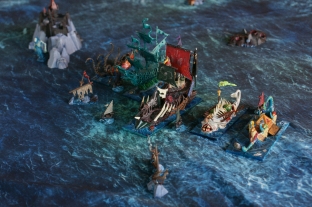 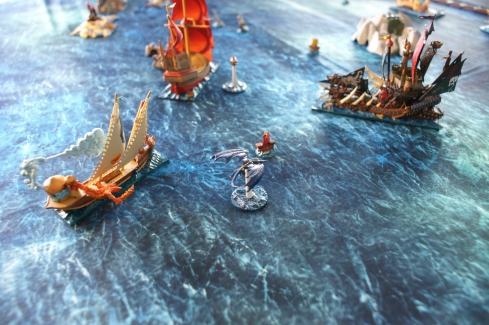 à l’abordage ! (as they say in French)

I had fun painting the sails 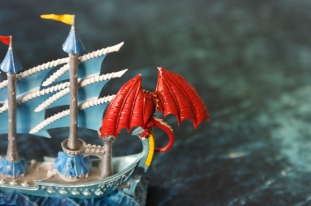 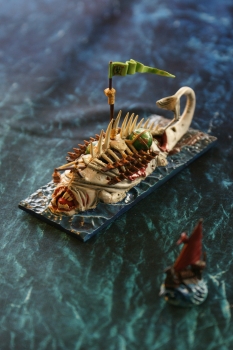 The idea of a rotten zombie whale being the ship of zombie Skavens is…perfect ! 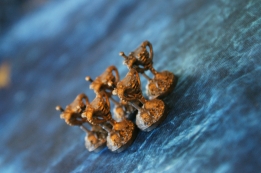 An argument between cousins

The Vampire count actually took his castle with him 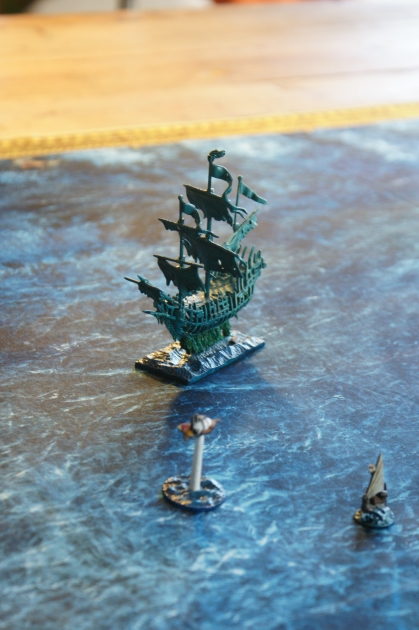 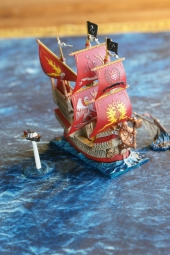 Have I played the game? Is it any good? Well the curse is not fully broken and eventhough I did some test-games, I consider I didn’t really have proper games yet. But I’ll keep you posted on my struggle against the Gods!

2 réflexions sur « Dreadfleet – The Long Path to the Sea »

#ProjectMaze, an adventure inside the mind of a crazy hobbyist, is definitely a go.
In the dark corners of my mind a new crazy project is slowly taking shape.
#MordheimXXI #Mordheim